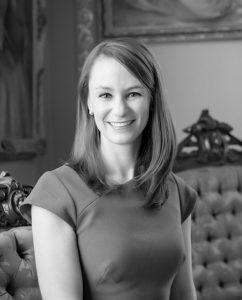 Sheena Chestnut Greitens is an associate professor at the LBJ School of Public Affairs at the University of Texas at Austin, where she is affiliated with both UT’s Strauss Center and Clements Center for National Security.  Her work focuses on authoritarian politics, East Asia, and American national security.

She holds non-resident affiliations at the Brookings Institution, the Korea Chair at the Center for Strategic and International Studies, the Fairbank Center for Chinese Studies at Harvard University, and the Digital Freedom Forum at the Center for a New American Security.

From January 2015 to August 2020, Greitens was an assistant professor of political science at the University of Missouri, and co-director of the University’s Institute for Korean Studies.  Her work on China and North Korea has appeared in academic journals and edited volumes in English, Chinese, and Korean, and in major media outlets.  She has also testified to Congress on security issues in the Indo-Pacific. Her first book, Dictators and their Secret Police: Coercive Institutions and State Violence (Cambridge, 2016) received the 2017 Best Book Award from both the International Studies Association and the Comparative Democratization section of the American Political Science Association.

In 2017-18, Greitens served as the First Lady of Missouri, where she helped lead the state’s trade mission to China and South Korea, and successfully advocated for major legislative and administrative reforms to Missouri’s policies on foster care, adoption, and child abuse prevention.

She is currently working on two main research projects: one on China’s internal security policies and their implications for China in the world, and another on authoritarian diasporas, particularly focused on North Korea.

Dr. Greitens holds a doctorate from Harvard University; an M.Phil from Oxford University, where she studied as a Marshall Scholar; and a bachelor’s from Stanford University. 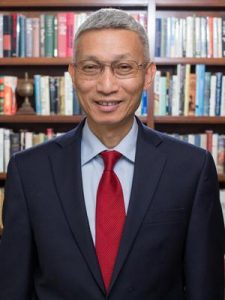 Minxin Pei is the Tom and Margot Pritzker ‘72 Professor of Government at Claremont McKenna College. He is also the Library of Congress Chair in U.S.-China Relations (2019) and a nonresident senior fellow of the German Marshall Fund of the United States. Prior to joining Claremont McKenna College in 2009, he was a senior associate at the Carnegie Endowment for International Peace and served as its director of the China Program from 2003 to 2008. Pei was an assistant professor of politics at Princeton University from 1992 to 1998. He is the author of From Reform to Revolution: The Demise of Communism in China and the Soviet Union (Harvard University Press, 1994), China’s Trapped Transition: The Limits of Developmental Autocracy (Harvard University Press, 2006), and China’s Crony Capitalism: The Dynamics of Regime Decay (Harvard University Press, 2016). 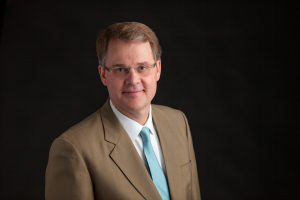 Jonathan Stromseth has broad experience as a policymaker, scholar, and development practitioner. He is currently a Senior Fellow at the Brookings Institution, where he holds the Lee Kuan Yew Chair in Southeast Asia Studies in the Center for East Asia Policy Studies. He also has a joint appointment with the Brookings John L. Thornton China Center. From 2014 to 2017, Stromseth served on the Secretary of State’s Policy Planning Staff at the U.S. Department of State, advising the Department’s leadership on China, Southeast Asia, and East Asian and Pacific affairs. Previously he was The Asia Foundation’s Country Representative to China (2006–2014) and Vietnam (2000–2005), and is a three-time recipient of the Foundation’s President’s Award for Extraordinary Program Leadership. He holds a B.A. from St. Olaf College and a doctorate in political science from Columbia University. Stromseth is editor of Rivalry and Response: Assessing Great Power Dynamics in Southeast Asia (Brookings Institution Press, 2021) and co-author of China’s Governance Puzzle: Enabling Transparency and Participation in a Single-Party State (Cambridge University Press, 2017). He has also conducted research as a Fulbright Scholar in Singapore, worked for the United Nations peacekeeping operation in Cambodia, and taught Southeast Asian politics at Columbia. He is a member of the Council on Foreign Relations.