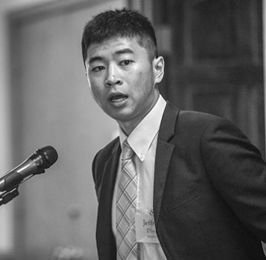 D.Phil Researcher at the Center for the Governance of Artificial Intelligence, Oxford University Future of Humanity Institute

Jeffrey Ding is a D.Phil Researcher at the Center for the Governance of Artificial Intelligence, within the University of Oxford’s Future of Humanity Institute. In addition to leading the center’s research on China’s AI development, he studies the relationship between key technologies and the rise and fall of great powers. His writing has appeared in forums such as Foreign Affairs, MIT Technology Review, and the U.S.-China Economic and Security Review Commission. His research has been cited in the Washington Post, Financial Times, and other outlets.

Jeff is the creator of a weekly “ChinAI” newsletter featuring translations of Chinese media and scholarship on AI-related topics as well as his “hot takes” on the issues of the day. He is also a Research Fellow at Georgetown’s Center for Security and Emerging Technology. Currently, he is reading for a D.Phil. (PhD) in International Relations as a Rhodes Scholar at the University of Oxford. 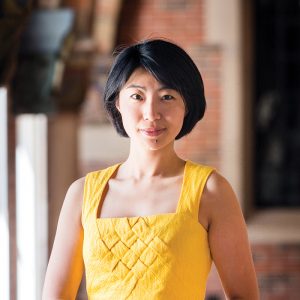 Joy Dantong Ma is a Data Scientist. Her research spans international economics and technology policy, specifically covering cross-border investment, international trade and artificial intelligence. Her work has appeared in publications ranging from Nature, MIT Tech Review, The Washington Post and New York Times to Axios and BBC, and she has spoken at various China-related conferences.

Previously, Ma served as Associate Director of the Paulson Institute, a non-partisan, independent organization committed to fostering stronger U.S.-China relations in the twenty-first century.  Additionally, Ma has conducted macroeconomic analysis for consultancies including Moody’s Investors Service and KPMG, as well as researched China’s economic issues for The Wall Street Journal in Beijing.  A native of Jilin, Ma received economic training in Beijing and holds an MPA from Columbia University. 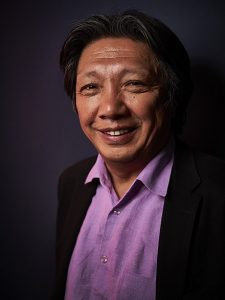 Xiao Qiang is a Research Scientist at the U.C. Berkeley School of Information and the Founder and Editor-in-Chief of China Digital Times, a bilingual China news website.

A theoretical physicist by training, Xiao Qiang  became a full time human rights activist after the Tiananmen Massacre in 1989. Xiao was the Executive Director of the New York-based NGO Human Rights in China from 1991 to 2002 and vice-chairman of the steering committee of the World Movement for Democracy. In 2001 Xiao was a recipient of the MacArthur Fellowship, and is profiled in the book Soul Purpose: 40 People Who Are Changing the World for the Better, (Melcher Media, 2003).

In Fall 2003, Xiao launched China Digital Times to explore how to apply cutting edge technologies to aggregate, contextualize and translate online information from and about China. Xiao’s current research focuses on state censorship, propaganda and disinformation, as well as emerging big data and AI-empowered state surveillance mechanisms in China. At U.C. Berkeley, he teaches classes on Digital Activism, and runs the Counter-Power Lab, an interdisciplinary faculty-student group researching innovative technologies to expand the free flow of information in cyberspace. In January 2015, Xiao was named to Foreign Policy magazine’s Pacific Power Index list of 50 people shaping the future of the U.S.-China relationship “for his work in taking on China’s Great Firewall of censorship.”