Pandemics, China, and the Coronavirus 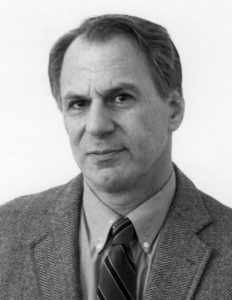 John M. Barry is an award-winning and New York Times best-selling author whose books have involved him in two areas of policy-making relating to preparedness and resilience.  The National Academies of Science named The Great Influenza: The Story of the Deadliest Pandemic in History, a 2004 study of the 1918 pandemic, the year’s outstanding science book.   A member of the original team which recommended public health strategies to mitigate a pandemic, he worked on the issue directly with the White House in the Bush and Obama administrations as well as with HHS, CDC, national security entities, and state and local health departments, and he serves or has served on numerous advisory boards.

The Society of American Historians named his earlier book Rising Tide: The Great Mississippi Flood of 1927 and How It Changed America the year’s best book on American history and the New York Public Library named it one of the 50 “most memorable” books.  After Hurricane Katrina, Louisiana’s congressional delegation asked him to chair a bipartisan working group on flood protection, and he served for six years on both the Louisiana Coastal Protection and Restoration Authority, and the Southeast Louisiana Flood Protection Authority East, where he was chief architect of its lawsuit against 97 oil companies for their role in coastal land loss. He is an adjunct faculty at the Tulane University School of Public Health and Tropical Medicine and Distinguished Scholar at Tulane’s Bywater Institute.