Capitalism, Race and Class: The Case of McDonald’s

Capitalism, Race and Class: The Case of McDonald’s
Part of the Fall 2020 series: The Presidential Election and a Nation in Crisis: Polarization, Pandemic, Prejudice
Monday, October 5, 2o20 at 7:00pm (CT)
Virtual Event 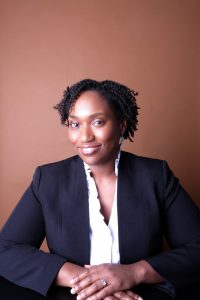 Marcia Chatelain is a Provost’s Distinguished Associate Professor of History and African American Studies at Georgetown University. The author of South Side Girls: Growing up in the Great Migration (Duke University Press, 2015) she teaches about women’s and girls’ history, as well as black capitalism.  Her latest book, Franchise: The Golden Arches in Black America (Liveright Publishing Co./ W.W. Norton, January 2020) examines the intricate relationship among African American politicians, civil rights organizations, communities, and the fast food industry. She is a current co-host of the Slate podcast, “The Waves,” which covers feminism, gender, and current events. An active public speaker and educational consultant, Chatelain has received awards and honors from the Ford Foundation, the American Association of University Women, and the German Marshall Fund of the United States.  At Georgetown, she has won several teaching awards. In 2016, the Chronicle of Higher Education named her a Top Influencer in academia in recognition of her social media campaign #FergusonSyllabus, which implored educators to facilitate discussions about the crisis in Ferguson, Missouri in 2014. She has held an Eric and Wendy Schmidt Fellowship at New America, a National Endowment for the Humanities Faculty Fellowship, and an Andrew Carnegie Fellowship.