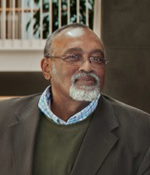 Glenn C. Loury is the Merton P. Stoltz Professor of Economics at Brown University. He is an economic theorist who has published widely and lectured throughout the world on his research. He is also among America’s leading critics writing on racial inequality. He has published more than 200 essays and reviews in journals of public affairs in the US and abroad. He is a contributing editor at The Boston Review and was for many years a contributing editor at The New Republic. He has his own podcast called the Glenn Show in which he has had several recent episodes on the reparations debate.