A Dialogue on Sport, Protest, and the NFL National Anthem Debate

On January 23, less than two weeks before the Super Bowl comes to Minneapolis, St. Olaf’s Institute for Freedom and Community will host a town-hall-style forum on sport, protest, and the controversies surrounding the NFL and its players taking a knee during the national anthem. The St. Olaf community will be joined for this conversation by Justice Alan Page, whose illustrious career has included time spent as a Hall of Fame defensive tackle with the Vikings, as a justice with the Minnesota State Supreme Court, and as founder of the Page Education Foundation. Joining Justice Page will be Jackie MacMullan, a storied writer and reporter with the Boston Globe, Sports Illustrated, and ESPN and Nate Boyer, former Green Beret and NFL player.

Audio from both the discussion and Q&A session was featured on MPR News Presents. 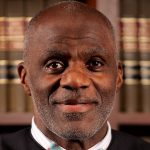 Alan C. Page was born August 7, 1945, in Canton, Ohio.  He graduated from Canton Central Catholic High School in 1963, and received his B.A. in political science from the University of Notre Dame in 1967 and his J.D. from the University of Minnesota Law School in 1978.After graduating from law school, Alan Page worked as an attorney for a law firm in Minneapolis, then served seven years as an attorney in the office of the Minnesota Attorney General.

He sought election to the Minnesota Supreme Court in 1992 and won, becoming the first African American on the court and one of the few associate justices ever to join the court initially through election, rather than appointment by the governor.  When Justice Page was reelected in 1998, he became the biggest vote-getter in Minnesota history. He was reelected in 2004 and 2010 and served until he reached the mandatory retirement age of 70 in 2015.

Law was Alan Page’s second career; he was first known for his skills in football both in college and in the NFL.  At Notre Dame, Alan Page led the school’s storied football program to the 1966 national championship, and in 1993 he was inducted into the College Football Hall of Fame.

Alan Page was a first-round draft choice of the Minnesota Vikings in 1967 and he played for the Vikings until 1978.  The last three years of his football career were with the Chicago Bears, 1978–1981.  During his career, Alan Page played in 218 consecutive games, earning All-Pro honors six times, and was voted to nine consecutive Pro Bowls.  In 1971 he was named the NFL’s Most Valuable Player, becoming only the second defensive player in history to be named MVP.  In 1988 Alan Page was inducted into the Pro Football Hall of Fame.

Also in 1988, Justice Page and his wife Diane founded the Page Education Foundation, which assists Minnesota students of color in their pursuit of post-secondary education.  To date, the foundation has awarded $14 million in grants to 6,750 students.

Justice Page and his daughter, Kamie Page, have written two children’s picture books, The Invisible You (2014) and Alan and His Perfectly Pointy Impossibly Perpendicular Pinky (2013). 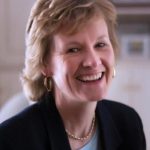 Jackie MacMullan is a television analyst for ESPN and Comcast Sports Net and a columnist for ESPNBOSTON.com. From 2002 to 2007 she was a columnist and associate editor of the Boston Globe, and from 1995-2000 she was a senior writer for Sports Illustrated covering the National Basketball Association.

MacMullan began her career with the Globe in 1982, where she covered a variety of sports, including the 1986 World Series, 1987 Stanley Cup Finals, the 1988 Olympic Games, as well as numerous NBA Finals and Final Four tournaments. Her book Shaq UnCut was released in November of 2011 and was a New York Times bestseller. Previously MacMullan authored a book with Earvin “Magic” Johnson and Larry Bird entitled When the Game Was Ours, which spent 8 weeks on the New York Times bestseller list and was later adapted into a Broadway play. She also collaborated with Bird on a book chronicling his coaching career entitled Bird Watching and teamed with Connecticut coach Geno Auriemma to write his memoir Geno: In Pursuit of Perfection.

MacMullan has won several national writing awards from the Associated Press Sports Editors, including first place for investigative reporting (on the death of Reggie Lewis) and feature writing (a profile of Patrick Ewing). In August of 2010, MacMullan was recognized by the Naismith Basketball Hall of Fame with the Curt Gowdy Award for a career of excellence in basketball writing and reporting. She is the first of three women selected in the history of the award. A year later, in 2011, the University of Massachusetts-Lowell honored her as its first recipient of the For the Love of Sport Award, given to the member of the community who “embodies talent, character and enthusiasm in a sports-related field.’’

In 2005, MacMullan was inducted into the New England Basketball Hall of Fame in the media division, the youngest media member to be recognized. In 2003, she was chosen by the Institute of Sport in Society as its Hero in Sport winner, and in 2000 was named the New Fund Hall of Fame media recipient. The New England Women’s Leadership Awards honored her in 1997, and Tufts awarded her with its Distinguished Achievement Award in 1995.

For many years MacMullan has been heavily involved in charitable work for Huntington’s Disease and was honored in the fall of 2007 by its New England chapter for her tireless efforts on behalf of the organization. Tewksbury Hospital also recognized MacMullan in 2004. The New England Patriots awarded MacMullan its prestigious Ron Burton Sr. Community Service Award in 2009 for her charitable endeavors, which also include efforts on behalf of the Dorchester Boys and Girls Club, the New England Hemophilia Association and the Shooting Touch foundation.

In addition to her duties at ESPN, which include weekly appearances on Around the Horn, MacMullan is a regular contributor to WHDH-TV (Channel 7) and WEEI radio. 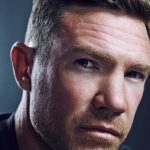 Nate Boyer is a former United States Army Green Beret and played for the Seattle Seahawks and University of Texas as a long snapper. He wrote an open letter to NFL quarterback Colin Kaepernick last year about Kaepernick’s decision to remain sitting on the bench during the National Anthem to protest racial injustice. The two then met to discuss America and honoring the anthem, and that conversation prompted Kaepernick to kneel during the anthem rather than sit. Boyer stood next to Kaepernick on the field the first time he took a knee. In addition to his role in this national conversation, Boyer is pursuing a number of different projects. He recently wrapped up a role in Horse Soldiers opposite Chris Hemsworth and produced by Jerry Bruckheimer, as well as the feature, Den of Thieves, opposite Gerard Butler. He can be seen in Ross Patterson’s RANGE 15 and in the upcoming installment of the Madden Franchise.