Truth, Justice and the Science of Gender

Alice Dreger: Truth, Justice and the Science of Gender 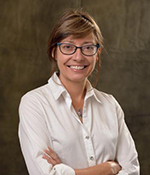 A writer, historian, and journalist and author of Galileo’s Middle Finger: Heretics, Activists, and One Scholar’s Search for Justice.

Alice has a TEDx lecture, “Is Anatomy Destiny,” which has been viewed over a million times

Alice is the author of several books including her best-known Galileo’s Middle Finger: Heretics, Activists, and One Scholar’s Search for Justice, which argues that the pursuit of evidence is the most important ethical imperative of our time. “I’m always working to find out what’s true in the hope it will lead us to treat each other better.”

Alice is a scholar and activist on intersex and gender issues. Alice has a Ph.D. in history and philosophy of science from Indiana University. John Green has named her book One of Us: Conjoined Twins and the Future of Normal as among his favorites. The same book has been praised by Jeffrey Eugenides and Abraham Verghese and was honored by the Gustavus Myers Center for the Study of Bigotry and Human Rights. Alice has a TEDx lecture, “Is Anatomy Destiny,” which has been viewed over a million times. She has appeared as a guest expert on hundreds of media programs, including on Oprah, Savage Love, Good Morning America, and NPR, and in many original documentaries, including for A&E, ABC, Discovery, PBS, and HBO.