A Dialogue on Academic Freedom

Danielle Allen of Harvard University and Peter Berkowitz of the Hoover Institution at Stanford University will engage in a dialogue on academic freedom.On the topic of academic freedom, Allen recently wrote, “I treasure academic freedom but also believe that teachers should avoid politicizing the classroom.” Much of her work revolves around political thought, justice, and citizenship, and Allen also leads the Democratic Knowledge Project at Harvard, which seeks to identify, strengthen, and disseminate the bodies of knowledge, skills, and capacities that democratic citizens need in order to succeed at operating their democracy. Allen’s work bears directly on academic freedom on both sides of the political spectrum, as she believes “both sides have developed dangerous tactics for silencing those who disagree with them.” Berkowitz has written on academic freedom and liberal education, including a series of reports of censorship on college campuses in The Wall Street Journal. He believes “the assault on freedom of speech comes in many guises”; too much of what passes for liberal education today “cultivates single-sidedness and reinforces the polarization of our politics”; and that “to provide a properly liberal education,” higher education “must institutionalize the unfettered exchange of ideas.” Berkowitz’s research and writings have also appeared in The Atlantic, The Chronicle of Higher Education, Policy Review, Politico, RealClearPolitics, The Washington Post, the Yale Law Journal, and more.

While in town, Allen and Berkowitz continued their conversation in a special roundtable with MPR’s Kerri Miller. 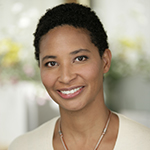 Professor of Government and the Graduate School of Education at Harvard University and Director of the Edmond J. Safra Center for Ethics

Danielle Allen, Professor of Government and the Graduate School of Education at Harvard University and Director of the Edmond J. Safra Center for Ethics, is a political theorist who has published broadly in democratic theory, political sociology, and the history of political thought.

Widely known for her work on justice and citizenship in both ancient Athens and modern America, Allen is the author of five books: The World of Prometheus: The Politics of Punishing in Democratic Athens (2000), Talking to Strangers: Anxieties of Citizenship since Brown v. Board of Education (2004), Why Plato Wrote (2010), Our Declaration (2014), and Education and Equality (2016). She is also co-editor with Robert Reich of Education, Justice, and Democracy (2013) and with Jennifer Light of From Voice to Influence: Understanding Citizenship in a Digital Age (2015).

A 2001 MacArthur Foundation Fellow, she is a member of the American Academy of Arts and Sciences, the American Philosophical Society, and the Society of American Historians. Our Declaration was awarded the 2015 Francis Parkman Prize and the Chicago Tribune Heartland Award for nonfiction, and she is also a contributing columnist for The Washington Post.

Allen was educated at Princeton (AB, 1993), Cambridge (PhD, 1996), and Harvard (PhD, 2000). Before taking up the directorship of the Edmond J. Safra Center for Ethics at Harvard University, she was UPS Foundation Professor at the Institute for Advanced Study at Princeton and Dean of the Division of Humanities and Professor of Political Science, Classical Languages and Literature, and the Committee on Social Thought at the University of Chicago.

Allen’s current work focuses on the connection between education and democratic equality, as well as the significance of political equality for theoretical accounts of justice. She is also the principal investigator for two major research projects: the Humanities and Liberal Arts Assessment Project (HULA), which focuses on the study of humanistic work and liberal arts pedagogy from the point of view of their status as craft practices; and the Declaration Resources Project, which focuses on ongoing research about the Declaration of Independence and the production of digital resources in support of pedagogy about the American founding era. 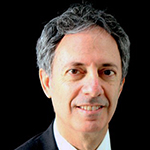 Peter Berkowitz is the Tad and Dianne Taube Senior Fellow at the Hoover Institution at Stanford University and is a 2017 recipient of the Bradley Prize.  He serves as dean of students for the Hertog Political Studies Program and for The Public Interest Fellowship, and teaches for the Tikvah Fund in the United States and in Israel.

He is the author of Constitutional Conservatism: Liberty, Self-Government, and Political Moderation (Hoover Institution Press, 2013); Israel and the Struggle over the International Laws of War (Hoover Institution Press, 2012); Virtue and the Making of Modern Liberalism (Princeton University Press, 1999); and Nietzsche: The Ethics of an Immoralist (Harvard University Press, 1995).

He is the editor of seven collections of essays on political ideas and institutions published by the Hoover Institution: Renewing the American Constitutional Tradition (2014); Future Challenges in National Security and Law (2010); The Future of American Intelligence (2005); Terrorism, the Laws of War, and the Constitution: Debating the Enemy Combatant Cases (2005); Varieties of Conservatism in America (2004); Varieties of Progressivism in America (2004); and Never a Matter of Indifference: Sustaining Virtue in a Free Republic (2003).

He is a contributor at RealClearPolitics, and has written hundreds of articles, essays and reviews on a range of subjects for a variety of publications, including The American Interest, the American Political Science Review, The Atlantic, The Chronicle of Higher Education, the Claremont Review of Books, Commentary, First Things, Forbes.com, Haaretz, The Jerusalem Post, the London Review of Books, National Journal, National Review, The New Criterion, The New Republic, Policy Review, Politico, The Public Interest, the Times Literary Supplement, The Wall Street Journal, the Washington Post, The Weekly Standard, The Wilson Quarterly, and the Yale Law Journal.

In addition to teaching regularly in the United States and Israel, Berkowitz has led seminars on the principles of freedom and the American constitutional tradition for students from Burma at the George W. Bush Presidential Center and for Korean students at Underwood International College at Yonsei University in Seoul, South Korea.

He taught constitutional law and jurisprudence at George Mason University School of Law from 1999 to 2006, and political philosophy in the department of government at Harvard University from 1990 to 1999.

He holds a JD and a PhD in political science from Yale University; an MA in philosophy from the Hebrew University of Jerusalem; and a BA in English literature from Swarthmore College.