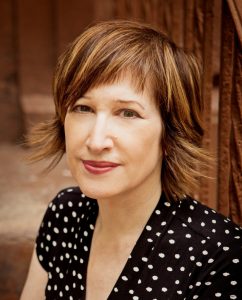 Professor of Radio/Television/Film at Northwestern University

Laura Kipnis is a cultural theorist, critic, and former video artist.  Her most recent book, Unwanted Advances: Sexual Paranoia Comes to Campus (2017), draws on investigative reporting, cultural analysis, and her own experiences with Title IX investigations in higher education.  Without minimizing the seriousness of campus assault, Kipnis advocates for more honesty about the sexual realities and ambivalences hidden behind the notion of “rape culture.” Instead, she argues, regulation is replacing education, and women’s right to be treated as consenting adults is being repealed by well-meaning bureaucrats.

In addition to six other books, her essays and reviews have appeared in Slate, The Nation, Critical Inquiry, Social Text, Wide Angle, the Village Voice, Harper’s, and the New York Times Magazine.  Her video-essays have been screened and broadcast in North America (Museum of Modern Art, American Film Institute, Whitney Museum-Equitable Center), Europe, Japan, and Australia.  She is the writer-director-producer of Marx: The Video (1990), A Man’s Woman (1988, in association with Channel Four Television, Great Britain), and Ecstasy Unlimited: The Interpenetrations of Sex and Capital (1985).