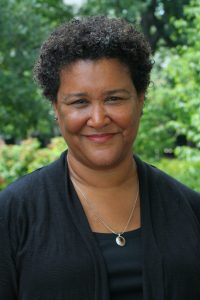 Leslie M. Harris is Professor of History and African American Studies at Northwestern University. A specialist in Pre-Civil War African American history, she has authored or co-edited five books, including In the Shadow of Slavery: African Americans in New York City (2003) and most recently Slavery and the University: Histories and Legacies (2019, with James T. Campbell and Alfred L. Brophy).  Harris has also participated in a number of public history projects, including the award-winning Slavery in New York exhibition (2005-2007) at the New-York Historical Society, and the accompanying book (with Ira Berlin); the re-interpretation of the urban slave quarters at Telfair Museum’s Owens-Thomas House in Savannah, Georgia, which included the edited volume Slavery and Freedom in Savannah (2013, with Daina Ramey Berry); and the interactive website “People Not Property” with Historic Hudson Valley (New York, 2019). She is currently working on Leaving New Orleans: A Personal Urban History, which uses memoir and family, urban and environmental histories to explore the multiple meanings of New Orleans in the nation, from its founding through its uncertain future amid climate change.

Harris received her undergraduate degree at Columbia and her doctoral degree at Stanford. Before moving to Northwestern, she taught for 21 years at Emory University. Her work has been supported by the Harvard Radcliffe Institute, the Mellon and Ford Foundations, the Schomburg Center for Research in Black Culture, the Institute for Historical Studies at the University of Texas, and the University of Maryland. 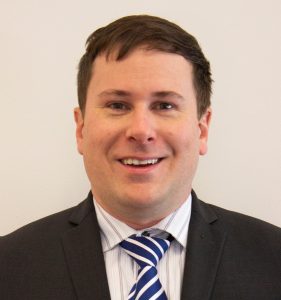 Phillip W. Magness is Senior Research Faculty and Interim Research and Education Director at the American Institute for Economic Research. He holds a PhD and MPP from George Mason University’s School of Public Policy, and a BA from the University of St. Thomas (Houston). Prior to joining AIER, Dr. Magness spent over a decade teaching public policy, economics, and international trade at institutions including American University, George Mason University, and Berry College.

Magness’s work encompasses the economic history of the United States and Atlantic world, with specializations in the economic dimensions of slavery and racial discrimination, the history of taxation, and measurements of economic inequality over time. He also maintains active research interest in higher education policy and the history of economic thought. In addition to his scholarship, Magness’s popular writings have appeared in numerous venues including the Wall Street Journal, the New York Times, Newsweek, Politico, Reason, National Review, and the Chronicle of Higher Education.