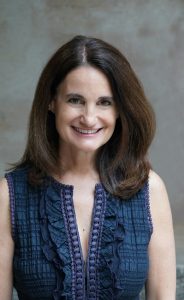 C.V. Starr senior fellow and director for Asia Studies at the Council on Foreign Relations and a distinguished visiting fellow at Stanford University’s Hoover Institution.

Elizabeth Economy is the C.V. Starr senior fellow and director for Asia studies at the Council on Foreign Relations and a distinguished visiting fellow at Stanford University’s Hoover Institution. Her most recent book, The Third Revolution: Xi Jinping and the New Chinese State, (Oxford University Press, 2018) was shortlisted for the 2019 Lionel Gelber Prize for the best non-fiction book in English on foreign affairs. She is also the author of the award-winning The River Runs Black: The Environmental Challenge to China’s Future (Cornell University Press, 2004; 2nd edition, 2010), and By All Means Necessary: How China’s Resource Quest is Changing the World (Oxford University Press, 2014), co-authored with Michael Levi. ). The River Runs Black was named one of the top 50 sustainability books in 2008 by the University of Cambridge, won the 2005 International Convention on Asia Scholars Award for the best social sciences book published on Asia, and was listed as one of the top ten books of 2004 by the Globalist as well as one of the best business books of 2010 by Booz Allen Hamilton’s strategy+business magazine. She has published articles in policy and scholarly journals including Foreign Affairs, Foreign Policy, and the Harvard Business Review; and op-eds in the New York Times and Washington Post, among others. In June 2018, she was named one of the “10 Names That Matter on China Policy” by Politico magazine.

Economy serves on the board of managers of Swarthmore College and the board of trustees of the Asia Foundation and the National Committee on U.S.-China Relations.  She received her BA with Honors from Swarthmore College, her MA from Stanford University, and her PhD from the University of Michigan.  In 2008, she received an honorary doctor of laws degree from Vermont Law School. 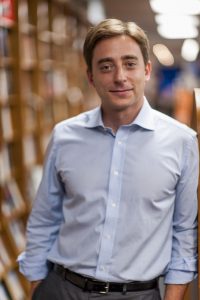 New Yorker staff writer and National Book Award-winning author Evan Osnos specializes in politics and foreign affairs spanning the U.S., the Middle East, East Asia, and China.  One of the magazine’s most popular writers, Osnos is known for his articulate and accessible commentary, such as “Trump, Putin, and the New Cold War” about the implications of Russian interference in the 2016 election, and his foreshadowing of the Trump presidency in “President Trump’s First Term.”

Drawing from his in-depth investigating, Osnos brings timely assessments of the biggest stories of the day, from cyber threats and U.S.-China tensions to modern conservatism, gun control, life inside North Korea, and the future of technology and globalization.

Based on the eight years he lived in Beijing, his National Book Award-winning Age of Ambition: Chasing Fortune, Truth, and Faith in the New China is a multi-layered look at the rise of the individual in China and the clash between aspiration and authoritarianism.  A Pulitzer Prize finalist, Age of Ambition was called “a splendid and entertaining picture of 21st century China” by The Wall Street Journal.  According to the Washington Post, “Osnos has portrayed and explained . . . this new China better than any other writer from the West or the East.”

In 2003, Osnos embedded himself with the U.S. Marines during the invasion of Iraq and spent two years as the Chicago Tribune’s Middle East Correspondent.  His piece “The Fallout,” about the events and aftermath of the Fukushima nuclear meltdown, won a 2012 Overseas Press Club Award.

Prior to joining The New Yorker, Osnos worked as the Beijing Bureau Chief for the Chicago Tribune, where he contributed to a series on the global trade in unsafe imports that won the 2008 Pulitzer Prize for investigative reporting.  He was the 2007 recipient of the Livingston Award, the nation’s leading prize for young journalists, and the Asia Society’s Osborn Elliot Prize for Excellence in Journalism on Asia.