Political Polarization in America: Where We’ve Been, Where We’re Going, and Why It Matters

The Theater of Public Policy IN conversation with william j. doherty and samara klar

Polarization in America: Where We’ve Been, Where We’re Going, and Why It Matters
Part of the 2018 Fall series: Patriotism, Nationalism, and the Idea of America
Thursday, October 4, 2018, 7:00 p.m.
The Pause Mane Stage, Buntrock Commons 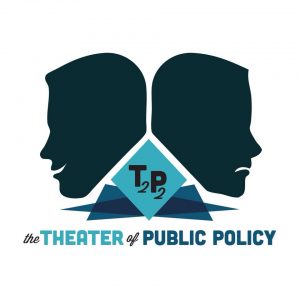 The Theater of Public Policy (T2P2) is Minnesota’s best-loved, most successful, and coincidentally only civics-inspired improv comedy show, using unscripted theater to unpack and re-imagine big issues and ideas.  One reviewer at the Star Tribune described T2P2 as “what would happen if C-SPAN were suddenly invaded by the cast of SNL.”

Since 2011, T2P2 has hosted more than 350 events with politicians, policy-makers, and other experts. Guests are interviewed to introduce the topic and then a team of talented improvisers bring the ideas, anecdotes, questions, debates, and memes to life through improv comedy. 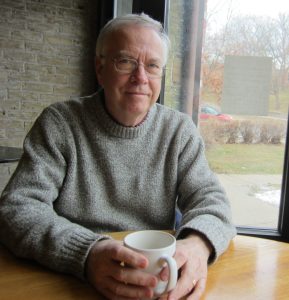 Professor of Family Social Science at the University of Minnesota

Bill Doherty is an educator, researcher, therapist, speaker, author, consultant, and community organizer.  He is the founder of Citizen Therapists for Democracy and serves as a Senior Fellow of the Better Angels organization, a bipartisan citizens’ movement working to “depolarize America.”

Bill is also a past president of the National Council on Family Relations and has authored or edited nine books for professionals, numerous articles in professional journals, and five books for a general audience.  He is a licensed marriage and family therapist, psychologist, and Clinical Member, Fellow and Approved Supervisor for the American Association for Marriage and Family Therapy. He received his Ph.D. in family studies from the University of Connecticut in 1978. 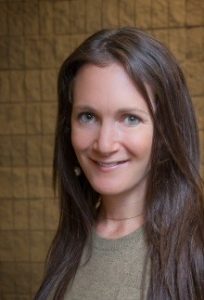 Associate Professor of Political Science at the University of Arizona

Samara Klar is Associate Professor at the University of Arizona School of Government and Public Policy.  Her research focuses on how individuals’ personal identities and social surroundings influence their political attitudes and behavior.  She received her PhD in Political Science from Northwestern University in 2013.  Her book, Independent Politics, (co-authored with Yanna Krupnikov) examines why so many Americans refrain from identifying with a party label and what the broader consequences are for American politics.

She is also the founder of the website WomenAlsoKnowStuff, which now features over 1,200 women in political science who are all experts in what they do. The site has since inspired spin-off sites across different disciplines in countries all over the world.