What Kind of Health Care System Should the U. S. Adopt? Part II

As part of a spring series on Freedom, Community, and Health Care, Amitabh Chandra and Tyler Cowen will engage in a discussion on the complexities of our overall health care system and how we might construct a better one.

Chandra believes Americans are paying far too much for far too little health care coverage. Much of his research focuses on innovation and cost-growth in health care and has been supported by renowned national organizations. He is also an advocate for a value-driven health care system that focuses on improving the quality of health care delivery, investing in prevention, insuring the uninsured and reforming hospital reimbursements. In a recent article, Chandra and his co-author stated, “The right way to think about value in health care delivery is a stream of benefits accrued over a lifetime that is attractive relative to the price paid to acquire them.”

As an economics professor, Cowen has written extensively on the economics of culture and health care reform in America. He regularly writes on the subject of health care on his Bloomberg View column. He’s asked controversial questions, considering both sides of the argument when it comes to health care reform, including the debate on fair pricing between men and women, to which he wrote, “Some differential pricing is better than none at all, even if we haven’t figured out exactly where to draw the line.” He also posts about health care on his blog, Marginal Revolution, and encourages inquiry and debate on the subject. 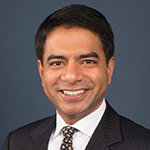 Amitabh Chandra is the Malcolm Wiener Professor of Public Policy and Director of Health Policy Research at the Harvard Kennedy School of Government. He is a member of the Congressional Budget Office’s Panel of Health Advisors, and is a Research Associate at the National Bureau of Economic Research.

Chandra is an elected member of the National Academy of Medicine, the first-prize recipient of the Upjohn Institute’s Dissertation Award, the Kenneth Arrow Award for best paper in health economics, and the Eugene Garfield Award for the impact of medical research. In 2012 he was awarded the American Society of Health Economists medal, which is given biennially to the economist age 40 or under who has made the most significant contributions to the field of health economics.

His research focuses on productivity and innovation in healthcare with an emphasis on oncology and hospital care, medical malpractice, and racial disparities in healthcare. His research has been supported by the National Institute of Aging, the National Institute of Child Health and Development, and the Robert Wood Johnson Foundation, and has been published in Science, the American Economic Review, the Journal of Political Economy, the New England Journal of Medicine, the Journal of the American Medical Association, and Health Affairs. He is the chair editor of the Review of Economics and Statistics, a former editor of the Journal of Human Resources, Economics Letters, and the American Economic Journal.

His research has been featured in The New York Times, The Washington Post, CNN, Newsweek, and on National Public Radio. He has been a consultant to the RAND Corporation, Precision Health Economics, Microsoft Research, and the Institute of Medicine. He serves on the advisory boards of Maxwell Health and Kyruus, and is a co-founder of HealthEngine. 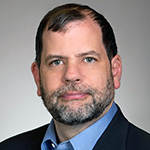 Tyler Cowen is an economist, blogger, best-selling author, and professor of economics at George Mason University and at the Center for the Study of Public Choice. He is also the director of the Mercatus Center, a research center dedicated to bridging the gap between academic research and public policy problems by training students, conducting research of consequence, and persuasively communicating economic ideas to solve society’s most pressing problems and advance knowledge about how markets work to improve people’s lives.

As an expert in American economics and history, Cowen shows the economic, financial, and demographic forces that will determine the winners and losers of the next decade in fields as different as healthcare, education, energy, and global markets. He offers compelling analyses of the future of the Eurozone, Medicare and Medicaid, the American financial system, and many more, demonstrating in every case who will come out on top and why.

Cowen’s predictions flow from the vision laid out in his bestselling book The Great Stagnation: How America Ate All the Low-Hanging Fruit of Modern History, Got Sick, and Will (Eventually) Feel Better. The sources of our past growth were easy pickings like cheap land and boosts in education. Now that we’ve exhausted these, we face a tough playing field where some countries, regions, and industries will push themselves to the top through discipline and innovation, while others fade away. The gap between the highly successful and the deeply unsuccessful will only continue to widen. This widening gap between rich and poor is further developed in Cowen’s book, Average Is Over: Powering America Beyond the Age of the Great Stagnation.

In his newest book, The Complacent Class: The Self-Defeating Quest for the American Dream, Cowen argues that Americans today have broken away from the willingness to move, take risks and adapt to change — a tradition that has created a dynamic economy of innovation. Today we live in a “match-culture,” one in which everything we choose makes us comfortable. But the downsides to this comfort are heightened inequality and segregation and decreased incentives to innovate and create. The only way to avoid this difficult future is for Americans to force themselves out of their comfortable slumber ― to embrace their restless tradition again.

Cowen is the Holbert C. Harris Professor of Economics at George Mason University. Foreign Policy named him one of 2011’s Top 100 Global Thinkers, and a survey by The Economist placed him among the most influential economists of the decade. He is a regular contributor to Bloomberg View. He has written for The New York Times, The Wall Street Journal, The Washington Post, and others. His blog, Marginal Revolution, was named the best economics blog on the web by The Wall Street Journal and is one of TIME’s 25 Best Bloggers, 2013 Edition. Cowen’s other books include Discover Your Inner Economist, a treatment of behavioral economics, and An Economist Gets Lunch: New Rules for Everyday Foodies.