Miroslav Volf’s lecture will focus on negotiating differences in pluralistic societies while remaining true to our deepest (and often tradition-based) commitments. This is one of central issues that his recent book, Flourishing: Why We Need Religion in a Globalized World, takes up. In his talk, Volf will elaborate on why living as Christians in the context of “contending particular universalism” matters and what it takes to do so. 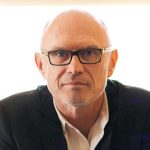 Miroslav Volf is the Henry B. Wright Professor of Theology at Yale Divinity School and the founder and director of the Yale Center for Faith and Culture. He was educated in his native Croatia, the United States, and Germany, earning doctoral and post-doctoral degrees (with highest honors) from the University of Tuebingen, Germany. He has written or edited more than 20 books and over 90 scholarly articles. His most significant books include Exclusion and Embrace, winner of the Grawemeyer Award in Religion, and one of Christianity Today’s 100 most important religious books of the 20th century; After Our Likeness, in which he explores the Trinitarian nature of ecclesial community; Allah: A Christian Response, on whether Muslims and Christians have a common God; and A Public Faith: How Followers of Christ Should Serve the Common Good. His most recent books, Flourishing: Why We Need Religion in a Globalized World and Public Faith in Action: How to Think Carefully, Engage Wisely, and Vote with Integrity (co-authored with Ryan McAnnally-Linz) were released in January and June of 2016. He is actively involved in many top-level initiatives concerning Christian-Muslim relations.