A special early screening of the new documentary An American Conscience: The Reinhold Niebuhr Story will be held on Sunday, February 19, at Carleton College. The screening will be followed by a panel discussion featuring the filmmaker, Martin Doblmeier, and faculty members from St. Olaf and Carleton.

This new documentary film tells the dramatic story of one of the great American public intellectuals from the last century, Reinhold Niebuhr, and how he emerged as a voice of conscience during a defining era in American history. It features interviews with President Jimmy Carter, Civil Rights leader Andrew Young, New York Times writer David Brooks, philosopher and political activist Cornel West, and others. Actor Hal Holbrook reads for Reinhold Niebuhr. The film will air on PBS beginning in April 2017.

Although he may be best remembered today as the author of the famed “Serenity Prayer,” Niebuhr remains one of the most influential 20th century public theologians. Presidents from Barack Obama to Jimmy Carter have credited his impact on their thinking, as well as Senator John McCain, countless historians, theologians, political thinkers, and Martin Luther King Jr., who cited Niebuhr in his “Letter from a Birmingham Jail.”

Doblmeier has produced and directed more than 30 films focused on religion, faith, and spirituality that have aired on PBS, ABC, NBC, the BBC, and other broadcast outlets around the world.

This event is co-sponsored by the St. Olaf Institute for Freedom & Community and Martin E. Marty Chair in Religion and the Academy. Other co-sponsors are Carleton’s American Studies Program, Religion Department, and Arts @ Carleton. 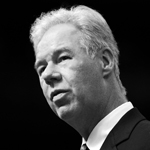 Martin holds degrees in Religious Studies, Broadcast Journalism and honorary degrees in Fine Arts and Humane Letters. Since 1984 he has produced and directed more than 30 films focused on religion, faith and spirituality. He founded Journey Films in 1983 as a television and film production company specializing in religion, faith and spirituality. Journey has produced more than 30 documentary films that have aired on PBS, ABC, NBC, the BBC and on broadcast outlets around the world. Martin combines a lifelong interest in religion with a passion for storytelling. Over the years he has traveled on location to more than forty countries to profile numerous religious leaders, spiritual communities, heads of state and Nobel Laureates. His films explore how belief can lead individuals to extraordinary acts, how spirituality creates and sustains communities and how faith is lived in extraordinary ways. 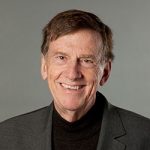 Richard Crouter (Occidental, B.A.; Union Theological Seminary, B.D., Th.D.) taught at Carleton from 1967- 2003 and is the John M. and Elizabeth W. Musser Professor of Religious Studies, Emeritus. His primary interests are in the modern religious thought of Schleiermacher, Kierkegaard, and Reinhold Niebuhr. He is the translator of Friedrich Schleiermacher’s 1799 On Religion: Speeches to its Cultured Despisers (1996), co-edited the Journal for the History of Modern of Theology, (1993-2010), and is the author of Friedrich  Schleiermacher: Between Enlightenment and Romanticism (2005). His most recent book is Reinhold Niebuhr: On Politics, Religion, and Christian Faith (2010). 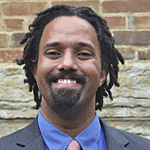 An instructor in religion at St. Olaf since 2015, Anthony is a specialist in Martin Luther, moral theology and Christian ethics. His research examines Luther’s understanding of human agency and his relationship with the virtue tradition. His other scholarly interests include the broader Augustinian tradition, the impact of Luther’s thought on 19th century philosophy, and questions of race, identity, and social justice. He holds a B.S. from Iowa State University, an M.Div. from the Lutheran School of Theology at Chicago, and is a Ph.D. Candidate at Princeton Theological Seminary. 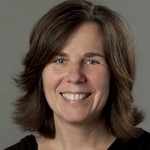 (St. Olaf College, B.A.; Harvard, M.T.S, Th.D.), 2003
Professor of Religion at Carleton College and a specialist in the history of Christian theology, with particular interests in modern philosophy of religion, social theory, race, and gender. Her research has focused on theories of tradition, and on concepts of religion, modernity, and the secular in nineteenth-century Germany. She is author of Beyond Essence: Ernst Troeltsch as Historian and Theorist of Christianity (2008) and co-editor of The Future of the Study of Religion (2004). Her current book project uses the work of Marianne Weber (wife of Max Weber) to explore the ways in which cultural and political debates about women’s rights informed early 20th-century theories of religion, social order, and secularization in fin-de-siècle Germany.

Edmund N. Santurri is professor of religion and philosophy at St. Olaf College and holds the Martin E. Marty Chair in Religion and the Academy. He has taught at St. Olaf since 1980, chaired the Religion Department 1988–91, served as director of The Great Conversation program 1996–2008, and directed the Ethical Issues and Normative Perspectives Program 2010–13. He is the author of Perplexity in the Moral Life: Philosophical and Theological Considerations, and has coedited (with William Werpehowski) The Love Commandments: Essays in Christian Ethics and Moral Philosophy. He also wrote the introduction to Reinhold Niebuhr’s An Interpretation of Christian Ethics. In 2016 Edmund became director of the college’s Institute for Freedom and Community, which was established in 2014 to encourage free inquiry and meaningful debate of important political and social issues. He also directs the Public Affairs Conversation program.