Trump and the White Working Class: The Politics of a New Minority?

On the eve of the inauguration of Donald Trump, political scientist and ethnographer Justin Gest will offer a fresh look at the white working class constituency that helped propel Trump to victory. Gest will draw from his recent book, The New Minority: White Working Class Politics in an Age of Immigration and Inequality, in which he examines once-thriving white working class communities that have fallen on hard times. Gest offers a new and potentially controversial perspective on the driving forces shaping the political activity of white working class people, and his work bears directly on questions of race, racism, and marginality in the context of Trump’s victory. 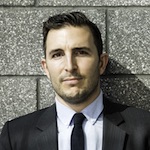 Justin Gest is an assistant professor of public policy at George Mason University’s Schar School of Policy and Government. He has also published Apart: Alienated and Engaged Muslims in the West. The New Minority: White Working Class Politics in an Age of Immigration and Inequality is his most recent work, published by Oxford University Press in October 2016.