The event is co-sponsored by the Institute for Freedom & Community and the Martin E. Marty Chair in Religion and the Academy.

Robert P. George
The human right to religious freedom is rooted not in a social contract (or modus vivendi, or a mutual nonaggression pact); nor is it what Mill labeled an “abstract right” — a right unconnected to the well-being or flourishing of human persons. Rather, the right to religious freedom (which is correlative to the duties to respect and protect religious freedom), like other basic human rights, is a specification of the human good integrally conceived. Among the fundamental, irreducible aspects of human well-being and fulfillment is the good of 1) contemplating fundamental existential questions (i.e., questions of meaning, value, and transcendence); 2) seeking to answer those questions honestly; and 3) endeavoring, even in the face of psychological and other pressures to do otherwise, to lead a life of authenticity and integrity in line with one’s best judgments as to the answers, including by bringing oneself into harmony with the more than merely human source or sources of meaning and value, if there be such. Whether or not one labels this aspect of human well-being “religion,” as Robert P. George does (following John Finnis, Germain Grisez, and others), it is centrally (though not exclusively) the human good that the right to religious freedom protects.
Cécile Laborde
The notion of integrity gives an account of why certain commitments and practices deserve special concern, in the form of special rights to exemption from general laws. Integrity has different implications in individual and collective cases. Cécile Laborde says only what she calls identificatory groups have the relevant integrity-related interests. She will discuss the implication of this for cases such as Hobby Lobby.
David Little
Having tried to show that religious freedom, properly understood, is a fundamental human right, and one that is strongly defensible under American law, David Little will briefly review the current controversies in American society surrounding the subject, and in that light examine sympathetically the ruling in Burwell v. Hobby Lobby. 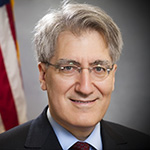 Robert P. George is the McCormick Professor of Jurisprudence and director of the James Madison Program in American Ideals and Institutions at Princeton University. He is also the Herbert W. Vaughan Fellow of the Witherspoon Institute and has been a visiting professor at Harvard Law School. He has served as chair of the U.S. Commission on International Religious Freedom and as a presidential appointee to the U.S. Commission on Civil Rights. He has also served on the President’s Council on Bioethics and as the U.S. member of UNESCO’s World Commission on the Ethics of Science and Technology. He was a Judicial Fellow at the Supreme Court of the United States, where he received the Justice Tom C. Clark Award.

A Phi Beta Kappa graduate of Swarthmore College, he holds degrees in law and theology from Harvard University and the degrees of D.Phil., B.C.L., and D.C.L. from Oxford University, in addition to 18 honorary degrees. He is a recipient of the U.S. Presidential Citizens Medal and the Honorific Medal for the Defense of Human Rights of the Republic of Poland, and is a member of the Council on Foreign Relations. His most recent book is Conscience and Its Enemies. 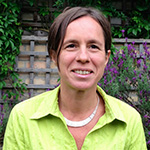 Cécile Laborde holds the Nuffield Chair of Political Theory at the University of Oxford. She was the founding director of University College London’s Religion and Political Theory Centre. In 2007 she was elected associate professor to the Ecole des Hautes Etudes en Sciences Sociales in Paris. She spent the 2010-11 academic year as a Fellow of the Institute for Advanced Study at Princeton University. In 2013 she was elected a Fellow of the British Academy.

She has published widely on theories of law and the state, pluralism, syndicalism, and on contemporary theories of nationalism, toleration, republicanism, multiculturalism, secularism, and global justice. Her work has appeared in major journals of political and legal theory. She is notably the author of Pluralist Thought and the State in France and Britainand Critical Republicanism. Edited volumes include Republicanism and Political Theory and Religion in Liberal Political Philosophy. Her last monograph, Liberalism’s Religion, is forthcoming with Harvard University Press in 2017. 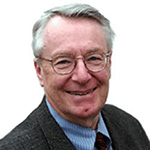 David Little is a retired professor of the practice in religion, ethnicity, and international conflict at Harvard Divinity School, and was an associate at the Weatherhead Center for International Affairs at Harvard University. He is now a fellow at the Berkley Center for Religion, Peace, and World Affairs at Georgetown University. Until the summer of 1999, he was senior scholar in religion, ethics and human rights at the United States Institute of Peace in Washington, D.C. Before that, he taught at the University of Virginia and Yale Divinity School. From 1996 to 1998, he was member of the State Department Committee on Religious Freedom Abroad.

He is co-author with Scott W. Hibbard of Islamic Activism and U.S. Foreign Policy, and also author of publications on Ukraine, Sri Lanka, and Tibet (with Hibbard) in the USIP series on religion, nationalism, and intolerance. In 2007 he published two edited volumes: Peacemakers in Action: Profiles of Religion in Conflict Resolution, and Religion and Nationalism in Iraq: A Comparative Perspective (with Donald K. Swearer). Little has authored numerous articles on religion and human rights and religion and peace, as well as the history of rights and constitutionalism, and religion and law in England and America. Cambridge University Press has recently published a book of his writings, Essays on Religion and Human Rights: Ground To Stand On, and a book of responses to his work by colleagues and former students: Religion and Public Policy: Human Rights, Conflict, and Ethics, ed. by Sumner B. Twiss, Marian Gh. Simion, and Rodney L. Petersen.