“Who’s In Your Wallet?” Hamilton, Jackson, Tubman, and the Presidential Election

The controversy over faces on the fronts of the $10 and $20 bills provides an interesting backdrop for thinking about the 2016 presidential election and broader issues in American society. A panel of three visiting speakers will address elements of the election from Jacksonian, Hamiltonian and Tubmanian perspectives. 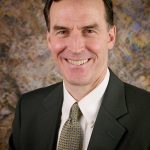 Michael Federici is professor of political science at Mercyhurst University and department chair. He previously served as Faculty Senate president and on the University’s Board of Trustees. One of his more recent books, The Political Philosophy of Alexander Hamilton, goes beyond the analyses of Hamilton that pit him as a monarchist, elitist, and proto-nationalist thinker and instead, looks at how Hamilton’s political philosophy was misunderstood. Federici received his Ph.D. and M.A. in politics from The Catholic University of America in Washington, D.C., and his B.S. in economics from Elizabethtown College. Federici has published four other works, The Challenge of Populism, Eric Voegelin: The Restoration of Order, Rethinking the Teaching of American History, and a co-edited collection of essays entitled, The Culture of Immodesty in American Life and Politics: The Modest Republic. He has also published several articles and book reviews. Federici’s teaching and research areas include American politics, constitutional law, political theory, and American political thought. 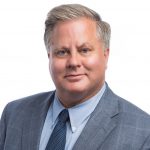 Michael Lind’s most recent book, Land of Promise: An Economic History of the United States, allows us to dive into his knowledge on topics from Jackson, Hamilton, and Lincoln’s America with a view to their relevance in the current presidential election. Lind is policy director of The Economic Growth Program as well as a co-founder of New America, a think tank and civic enterprise. He became New America’s first fellow in 1999. He co-wrote New America’s manifesto, The Radical Center with Ted Halstead and also authored Made in Texas: George W. Bush and the Southern Takeover of American Politics. A graduate of the University of Texas and Yale University, Lind has taught at Harvard and Johns Hopkins and has been an editor and staff writer for The New Yorker, Harper’s, The New Republic, and The National Interest. He is a columnist for Salon and writes frequently for The New York Times and The Financial Times. 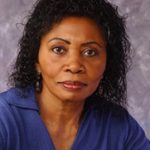 Margaret Washington is a professor of history at Cornell University where she specializes in African American history and culture, African American women, and Southern history, including Sojourner Truth and Harriet Tubman. She is one of the foremost authorities on the black experience. Washington’s most recent major work, Sojourner Truth’s America, unravels Sojourner Truth’s world within the broader panorama of American history, slavery, and other significant reforms in the turbulent age of Abraham Lincoln. The book has won critical acclaim and awards from Choice Magazine, the Association of Black Women Historians, the Association of American Historians, and others. Washington is currently writing a book on abolitionist women and biracial activism, and is researching for a project on transnational abolition in America. Washington has received research awards from the National Endowment for the Humanities, Wesleyan University Center for Humanities, and the Cornell University Society for the Humanities. Washington holds a B. A. from California State University, Sacramento, an M. A. from New York University, and a Ph.D. from the University of California, Davis.