Evangelicalism and Politics in the Trump Era: Definitions and Debates

Discussions of the role of evangelicals in politics inevitably encounter two problems: defining the term evangelical and identifying which people or organizations fit this label.

The contemporary evangelical movement is a loose and diverse coalition that developed over time and continues to transform in composition and character. Some people and organizations self-identify as evangelical; others are given the label even if they do not use it for themselves.

In recent years, growing divides over cultural issues, especially LGBT rights, have been testing the boundaries of evangelicalism. Donald Trump’s candidacy and victory revealed major fault lines in evangelicalism at the leadership and grassroots levels. These and other developments have renewed debate over the definition and use of the term “evangelical.” To what extent is this still a useful category for understanding political behavior? In what ways might the term be better reserved for grouping religious believers based on their theological commitments? Amy Black’s talk will explore some of the dynamics of the contemporary evangelical movement, considering its significance in American political life and current challenges facing evangelical leaders and identifiers. 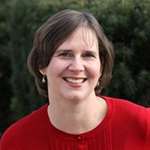 Amy E. Black is a professor of political science at Wheaton College. She is a graduate of Claremont McKenna College and earned her Ph.D. in political science at the Massachusetts Institute of Technology. A specialist in American Government, her research interests include religion and politics and Congress. She joined Wheaton’s faculty after serving as an American Political Science Association Congressional Fellow in the office of Representative Melissa A. Hart (R-PA). Her time in D.C. gave her the opportunity to apply her academic training and research to the real-world setting of the House of Representatives. She is the author of many articles and reviews. Her books include Honoring God in Red or Blue: Approaching Politics with Humility, Grace, and Reason; Religion and American Politics: Classic and Contemporary Perspectives, edited with Douglas Koopman and Larycia Hawkins; Beyond Left and Right: Helping Christians Make Sense of American Politics; From Inspiration to Legislation: How an Idea Becomes a Law; and, with Douglas Koopman and David Ryden, Of Little Faith: The Politics of George W. Bush’s Faith Based Initiatives. She regularly contributes commentary to the Christian Science Monitor and to the Center for Public Justice’s Capital Commentary.