Democracy for Realists and the 2016 Presidential Election

In Democracy for Realists, Christopher Achen and Larry Bartels argue that political behavior is shaped more by social identities and partisan loyalties than by sober consideration of policies and government performance. As a result, voters do not control the course of public policy, even indirectly. Bartels’ lecture will apply this “realistic” view of democracy to the 2016 election. 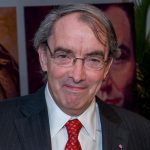 Larry Bartels holds the May Werthan Shayne Chair of Public Policy and Social Science at Vanderbilt University. His scholarship and teaching focus broadly on American democracy, including public opinion, electoral politics, public policy, and political representation. His books include Presidential Primaries and the Dynamics of Public Choice, Unequal Democracy: The Political Economy of the New Gilded Age, and Democracy for Realists: Why Elections Do Not Produce Responsive Government. Democracy for Realists, coauthored with Christopher Achen of Princeton University, assails the romantic folk-theory at the heart of contemporary thinking about democratic politics and government and offers a provocative alternative view grounded in the real human nature of democratic citizens. It has been called “an instant classic,” “a major contribution to modern social science,” “courageous,” “unsettling,” “brutally depressing,” and “the single most important treatise on American democracy published in several decades.” Bartels was educated at Yale University, where he earned his B.A. and M.A., and the University of California, Berkeley, where he earned his Ph.D. He joined the Vanderbilt faculty in 2011, following stints at the University of Rochester and Princeton University. He is a trustee of the Russell Sage Foundation, co-director of Vanderbilt’s Center for the Study of Democratic Institutions, and past vice president of the American Political Science Association. He is a member of the American Academy of Arts and Sciences, the American Academy of Political and Social Science, and the National Academy of Sciences.