Climate Policy and Religion: Perspectives on the Papal Encyclical 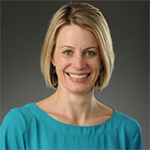 Christiana Z. Peppard is Assistant Professor of Theology, Science and Ethics in the Department of Theology at Fordham University, where she is affiliated faculty in Environmental Studies and American Studies. Her research engages religious ecological ethics at the intersection of Catholic social teaching, ecological anthropology, natural law theory and developments in the earth sciences.

Professor Peppard is the author of Just Water: Theology, Ethics, and the Global Water Crisis (Orbis Books, 2014) and co-editor of Just Sustainability: Ecology, Technology, and Resource Extraction (Orbis Books, 2015) and Expanding Horizons in Bioethics(Springer, 2005). Her peer-reviewed articles are published in venues such as theJournal of Environmental Studies and Sciences, Journal of Feminist Studies in Religion, Journal of Catholic Social Thought, Journal of Moral Theology, New Theology Review, and Journal of the Society for Christian Ethics.

Dr. Peppard teaches a range of undergraduate and graduate courses at Fordham, including: Religion and Ecology, Human Nature After Darwin, Ecological Ethics, and Theology and Contemporary Science. She lectures nationally and internationally on these topics and has provided analysis of contemporary topics in ecological ethics and religion and science in venues such as Public Radio International, the Bulletin of the Atomic Scientists, The New Republic, the Washington Post, TED-Ed, MSNBC, and others. 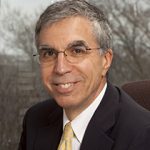 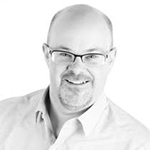 Damon Linker is a senior correspondent at TheWeek.com and a consulting editor at the University of Pennsylvania Press. In recent years, he has taught critical writing at Penn and worked as a senior editor at Newsweek/The Daily Beast. Until November 2014 he was a contributing editor at The New Republic. Linker is the author of The Theocons: Secular America Under Siege and The Religious Test: Why We Must Question the Beliefs of Our Leaders. His essays and reviews have appeared in The New York Times, The Washington Post, The Wall Street Journal, and other leading publications. He has edited First Things magazine, served as a speechwriter for New York’s Mayor Rudolph W. Giuliani, and taught political philosophy at Brigham Young University. Linker studied history, philosophy, and writing at Ithaca College, graduating with a BA in 1991. He went on to earn an MA in history from New York University and a Ph.D. in political science from Michigan State University. Born in New York City, Linker currently lives in suburban Philadelphia with his wife and two children.