The One True and Verified Theory of How We Got So Rich: Liberty and Dignity 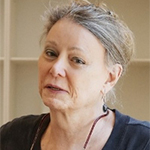 Deirdre N. McCloskey has been since 2000 UIC Distinguished Professor of Economics, History, English, and Communication at the University of Illinois at Chicago. Trained at Harvard as an economist, she has written fifteen books and edited seven more, and has published some three hundred and sixty articles on economic theory, economic history, philosophy, rhetoric, feminism, ethics, and law. She taught for twelve years in Economics at the University of Chicago, and describes herself now as a “postmodern free-market quantitative Episcopalian feminist Aristotelian.” Her latest books are How to be Human* *Though an Economist (University of Michigan Press 2001), Measurement and Meaning in Economics (S. Ziliak, ed.; Edward Elgar 2001), The Secret Sins of Economics (Prickly Paradigm Pamphlets, U. of Chicago Press, 2002), The Cult of Statistical Significance: How the Standard Error Costs Us Jobs, Justice, and Lives [with Stephen Ziliak; University of Michigan Press, 2008], The Bourgeois Virtues: Ethics for an Age of Capitalism (U. of Chicago Press, 2006), and Bourgeois Dignity: Why Economics Can’t Explain the Modern World (U. of Chicago Press, 2010). Before The Bourgeois Virtues her best-known books were The Rhetoric of Economics (University of Wisconsin Press 1st ed. 1985; 2nd ed. 1998) and Crossing: A Memoir (Chicago 1999), which was a New York Times Notable Book.

Her scientific work has been on economic history, especially British. She is currently finishing a book, the third in a series of three initiated with The Bourgeois Virtues, on Dutch and British economic and social history, Bourgeois Equality: How Betterment Became Ethical, 1600-1848, and Then Suspect. She has written on British economic “failure” in the 19th century, trade and growth in the 19th century, open field agriculture in the middle ages, the Gold Standard, and the Industrial Revolution.

Her philosophical books include The Rhetoric of Economics (University of Wisconsin Press 1st ed. 1985; 2nd ed. 1998), If You’re So Smart: The Narrative of Economic Expertise (University of Chicago Press 1990), and Knowledge and Persuasion in Economics (Cambridge 1994). They concern the maladies of social scientific positivism, the epistemological limits of a future social science, and the promise of a rhetorically sophisticated philosophy of science. Recently she has turned to ethics and to a philosophical-historical apology for modern economies.