Jerks, Asshats, and the Unstable Politics of Civility 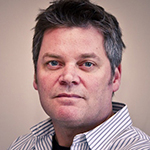 Mark Kingwell is Professor of Philosophy at the University of Toronto.  He specializes in political and cultural theory, especially justice and citizenship, and related topics in the philosophy of art, architecture, and design. He has published 12 books, most notably A Civil Tongue: Justice, Dialogue, and the Politics of Pluralism, which was awarded the Spitz Prize for political theory. Since the publication of A Civil Tongue (1995), Kingwell has been urging us to consider how monstrous, self‐serving public behavior can make it harder to imagine and achieve the society we want. In his book Unruly Voices, Kingwell returns to the subjects of democracy, civility, and political action, in an attempt to revitalize an intellectual culture too often deadened by its assumptions of personal advantage and economic value.