The Role of Government in a Free, Fair, and Prosperous Minnesota 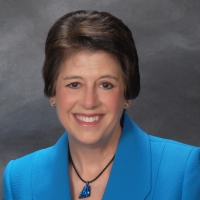 Former Minnesota State Senator Ember Reichgott Junge is the author of Minnesota’s 1991 first-in-nation charter school law, which was a winner of the 2000 Innovations in American Government Award from the JFK School of Government at Harvard University.   The 18-year legislator served as Senate Assistant Majority Leader before stepping down from senate service in 2000.

In honor of the 20th anniversary of the passage of the first charter legislation, Reichgott Junge wrote the history of the origins of chartering from 1988 through 1992 in her book:  Zero Chance of Passage:  The Pioneering Charter School Story.  The book was released June 19-22, 2012 at the National Charter Schools Conference in Minneapolis.

Sen. Reichgott Junge is a national spokesperson on charter public schools, including appearances with President Bill Clinton, Vice President Al Gore, and U.S. Education Secretaries Richard Riley and Lamar Alexander; and two national conversations of the Democratic Leadership Council (DLC).  She was honored by Business Week Magazine in its 1992 Special Edition “Reinventing America” as one of “Six Local Heroes Making a Difference” in sponsoring one of the “most innovative experiments in the nation.” Sen. Reichgott Junge also sponsored into law the first public school open enrollment initiative in the country (1988), allowing students to attend public schools of choice anywhere in Minnesota.

For over twenty years Ms. Reichgott Junge practiced business and nonprofit law with The General Counsel, Ltd., before becoming an executive of a large human services nonprofit in 2007. Reichgott Junge is also a television political analyst, former radio host and editorial writer.  Her board service has included Citizens Independent Bank, Twin Cities United Way, and the Minneapolis Chapter of the American Red Cross.

Ember received her BA from St. Olaf College, JD from Duke University Law School, and MBA from University of St. Thomas.  She is an avid ballroom dancer and most enjoys spending time with her husband, Michael Junge. 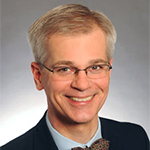 John Marty ’78 has been a state senator for 29 years, and a strong advocate for government ethics, environmental protection, and health care reform.

The son of Dr. Martin Marty, a renowned author, minister and theologian, and his wife Elsa, John grew up in a home engaged in the civil rights and anti-poverty movements, where his parents taught him deeply rooted values, such as respecting the dignity of every human being, the value of working hard and playing fair, and the importance of taking responsibility to bring change when confronting injustice.

John attended St. Olaf College in Northfield and received a B.A. in Ethics in 1978. After college, he worked as a researcher and a foundation grant administrator. During this time, he met his wife Connie. They have raised two children, Elsa and Micah.

John won a major upset victory for state Senate in Roseville in 1986. He first became known statewide for his work in ethics and campaign finance reform. In 1993, he authored successful legislation to reduce the impact of special interest money on the political process. John was also the author of landmark legislation that prohibited lobbyists and interest groups from giving gifts to public officials. He has been a tireless voice for government reform and continues to press for legislation to end the influence of special interest money in politics.

John has been a strong advocate for public investments in education that enable children to reach their full potential. He has been a leading advocate for early childhood health and education and other initiatives to help children succeed. He co-chaired the Legislative Commission to End Poverty and works for legislation to ensure that all workers receive a living wage.

Marty is chair of the Senate Environment & Energy Committee and has been an outspoken leader on environmental protection issues. He is a recipient of the Sierra Club Environmentalist of the Year Award.

John is also former chair of the Senate Health Committee. He is author of the Minnesota Health Plan, a bold single-payer health plan that would cover all Minnesotans for all their medical needs, including mental health and chemical dependency. By keeping people healthy and eliminating bureaucratic insurance paperwork, and delivering high quality medical care efficiently, the plan would save Minnesota families, business, and government billions of dollars every year. 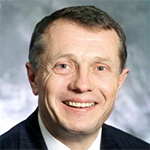 Steve Sviggum ’73 is an adjunct professor and Legislative Fellow at the Humphrey School of the University of Minnesota, teaching classes and leading practicums for students. Previously Steve served in the Minnesota State Legislature for 29 years. He was first elected to the Minnesota House of Representatives in 1978. He served as House Minority Leader from 1993 to 1998 and later as Speaker of the House from 1999 to 2007, during which time he served on the board of directors for the National Speakers Conference. From 2007 to 2010, he served as the commissioner of the Minnesota Department of Labor and Industry. Steve also served as Commissioner of Minnesota Management and Budget in 2010. In 2011 he was elected to the University of Minnesota Board of Regents serving for just one year. Prior to serving in the legislature, Steve was a mathematics teacher and football/basketball coach. Steve is a life long farmer with his two brothers in the Kenyon area of southeast Minnesota. He is married to his wife Deb, and they have three adult children. He received a bachelor’s degree in mathematics from St. Olaf College.