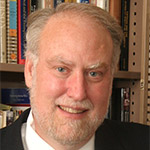 Dave Robertson’s interests include U.S. politics, policy and political history, political economy, environmental policy, and labor. His most recent book is The Original Compromise: What the Framers were Really Thinking (Oxford University Press, 2013). He is also the author of Federalism and the Making of America, The Constitution and America’s Destiny, Capital, Labor, and State: The Battle of American Labor Markets from the Civil War to the New Deal, and (with Dennis R. Judd) The Development of American Public Policy: The Structure of Policy Restraint. He also edited Loss of Confidence: Politics and Policy in the 1970s and, with Cal Jillson, Perspectives on American Government: Readings in Political Development and Institutional Change. Currently, he is working on a book about the constitution of American environmental policy and its impact now.  He has published articles on federalism and public policy, program design, lesson-drawing, the new institutionalism, James Madison, and labor market policies in the United States and Great Britain. His American Political Science Review article, “Madison’s Opponents and Constitutional Design,” received the 2006 Mary Parker Follett Award for the Best Article in Politics and History (the award is presented by the Politics and History Section of the American Political Science Association). His articles in Policy Studies Review also have won national awards. He is Associate Editor of the Journal of Policy History and formerly edited CLIO, the newsletter of the Politics and History section of the American Political Science Association. He is a co-leader of Confluence Scholars’ Strategy Network.  Dave has received the Governor’s, Chancellor’s, and Emerson Electric Awards for Teaching Excellence. He is the political analyst for KSDK Television (NBC) and is frequently quoted in electronic and print media.