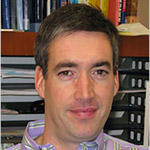 Casey Mulligan is Professor of Economics and the College at the University of Chicago.  He is the author of Parental Priorities and Economic Inequality, which studied the transmission of economic status from one generation to the next. His research has also covered capital and labor taxation, the gender wage gap, Social Security, voting and the economics of aging, among other subjects. His latest book,  “The Redistribution Recession: How Labor Market Distortions Contracted the Economy,” is in production with Oxford University Press.

Professor Mulligan writes shorter blog entries at www.panic2008.net, each of which applies the principles of supply and demand to today’s financial crisis.