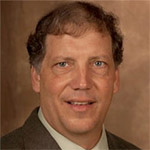 Steven Fazzari is the Burt A. and Jeanette L. Lynch Distinguished Professor of Economics, Washington University in St. Louis and Associate Director of the Weidenbaum Center. His research explores two main areas:  the financial determinants of investment and R&D spending by U.S. firms and the foundations of Keynesian macroeconomics.  A recent search found more than 1,100 citations to Fazzari’s publications in the Research Papers in Economics database (over 5,000 in Google Scholar).  In addition, his research and commentary on public policy issues has been highlighted in the national media.  Among other current research projects, Fazzari is now co-editing a book that investigates the sources and responses to the U.S. “Great Recession” that began in late 2007.

Fazzari teaches macroeconomics, from introductory freshman courses to advanced seminars for Ph.D. students.  He has won a variety of teaching awards and is especially honored to have received the 2002 Missouri Governor’s award for excellence in university teaching, the 2007 Emerson Award for teaching excellence, and Washington University’s distinguished faculty award, also in 2007.  He has served on many university committees and task forces.  Fazzari served six years as chair of the Department of Economics, five years as a member of the Arts & Sciences Academic Planning Committee, and is now a member of the Advisory Committee on Tenure and Promotion.  In 2008, Fazzari began a new leadership role as Associate Director the Weidenbaum Center, an independent unit of Arts and Sciences that supports social science research and organizes public outreach programs.